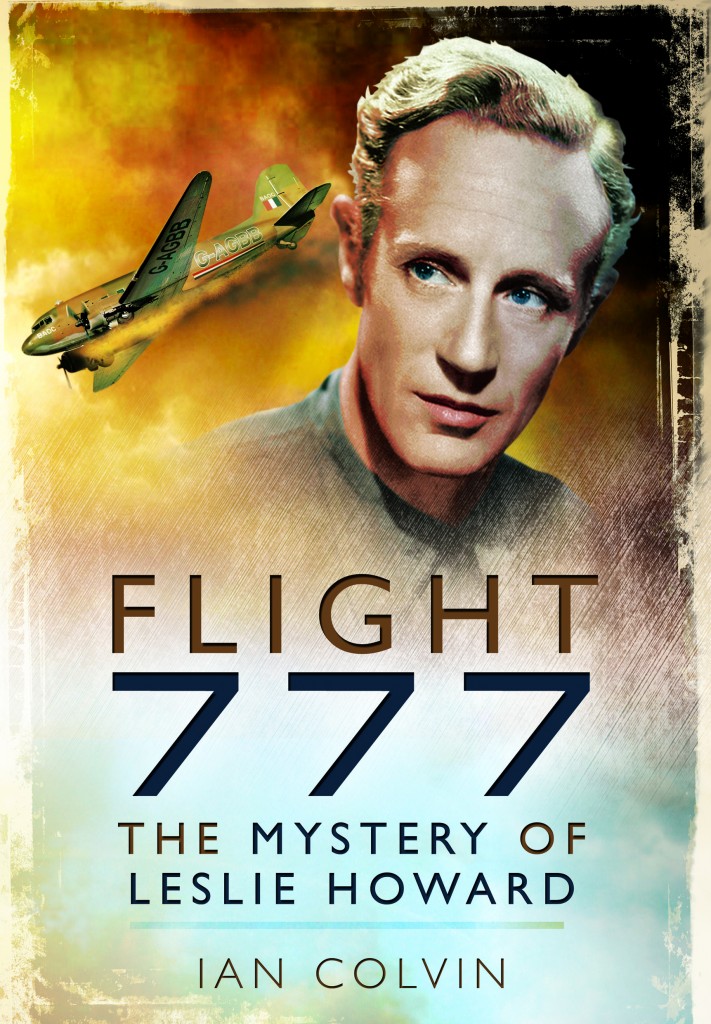 On 1 June 1943, Flight 777, a Douglas DC-3 civilian airliner, en route from Lisbon to Britain, was shot down over the Bay of Biscay by a squadron of Luftwaffe Junkers JU-88. Among the dead was the film star Leslie Howard, who had returned from Hollywood to England in 1939 to help the British war effort.  Howard, star of Gone with the Wind and The Scarlet Pimpernel, had acted in and directed several anti-Nazi films, such as Pimpernel Smith and The First of the Few and was a fervent propagandist against Hitler’s regime.  He was travelling with his tax adviser, cigar-smoking Alfred Chenhalls, who bore a resemblance to Winston Churchill – Churchill was at that time about to fly back from an Allied conference in North Africa.  Also on board was leading anti-Nazi activist Wilfrid Israel, who had helped Jewish refugees escape from the Holocaust.

Ian Colvin carried out an exhaustive investigation into the incident, and interviewed former Luftwaffe personnel, to discover why the civilian aircraft was targeted, and who ordered its destruction.  Flight 777, first published in 1957, was republished by Pen and Sword Books on the 70th anniversary year of the wartime tragedy in 2013 with a new introduction and updated notes based on information that has since become available from recently opened National Archive files.