Eccentric rebel without a crown 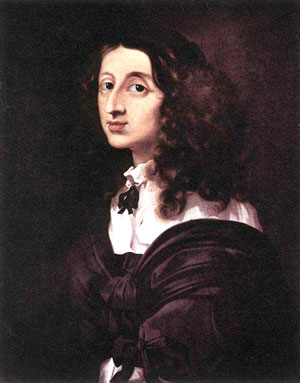 For a woman who relished power as much as Queen Christina, to renounce the throne of Sweden seems singularly perverse.  We can see what it cost her in the two portraits reproduced in this biography.  In the first, painted a year before she abdicated, a young woman of 26 stares confidently from the canvas, bright-eyed and proud.  The second, painted seven years later in 1660, shows her wary and disillusioned.  A Queen without a crown, and with begging bowl in hand, was of little account on the European stage.  She realized it too late, when there was no turning back.

In a highly readable biography, subtitled “The Restless Life of a European Eccentric,” Veronica Buckley analyses the complex reasons for Christina’s quixotic gesture.   From the start, confusion ruled her life.  The midwives at her birth pronounced her a boy, but admitted, after further inspection, they had made a mistake.  Her father, the great warrior King Gustav Adolf, had her brought up and educated as a prince.  After his death in battle, her mother incarcerated Christina with her in a black-shrouded apartment. The gothic atmosphere was heightened by the fact that Gustav Adolf remained unburied for nineteen months after his death.  For much of this time, the coffin lay in his wife’s bedroom, unsealed and frequently opened.

Christina took her model of all women from her mother and later wrote, “I despised everything belonging to my sex . . .”  She rejected the sexual role of women – “I could not bear to be used by a man the way a peasant uses his fields” – but as Queen she was expected to marry and produce an heir.   Her cousin Karl Gustav was proposed as bridegroom, but she delayed marriage by sending him into battle, while she flirted with, and enriched, a plausible rogue, Count Magnus De la Gardie, and indulged in a possibly lesbian friendship with a beautiful countess, although Buckley is reluctant to draw any conclusions about Christina’s ambiguous sex life. Avid for culture which the dour and frequently drunk Swedes could not provide, she invited French men of letters to form an academy at her court and even persuaded Descartes to come to Stockholm, against his better judgment.  He was right to be worried about Sweden, “with its rocks and ice and bears.”  Within a few months, he had died of the cold.

Buckley suggests the collection of Italian Renaissance masters Sweden looted from Prague, towards the end of the 30 years’ war between Protestant and Catholic nations, planted the idea in Christina’s mind of retiring to Rome.  “Their dramatic sensuality had struck a chord in her own extravagant nature and drew from her an emotional response that was to have loud repercussions.”

Like one of the candidates for the No Turning Back television series, she yearned to exchange northern gloom for southern sun.  She appointed Karl Gustav her successor, abdicated in a lavish ceremony, changed into men’s clothes, and charged off to her new life.  She converted to Catholicism, her bargaining counter to get established in Rome – as the daughter of the Scourge of Catholics, she was a propaganda coup for the Vatican.  Lodged in the Palazzo Farnese, Christina proved a tenant from hell.  Her servants were never paid so they stole the silver and even smashed up doors for firewood.  Several so-called Italian counts joined her entourage, cheating her of what little money she had.  The harassed major-domo for the Farnese wrote to his master after she had departed for France, “I can hardly believe she’s gone. Every moment I’m afraid of seeing her still in the place.”

Even an abdicated Royal could draw the crowds, and the French turned out 22,000 men to greet her when she reached Paris, though her habit of cross-dressing and wearing an ill-fitting men’s wig caused some Gallic derision.  She impressed the young King, Louis XIV, then only 18, by her disregard for convention and lectured him on the importance of marrying for love.  By the time she left France, she believed that the French would install her on the vacant throne of Naples.   A year or so later she returned to push her claim, but wrecked her chances through sheer self-destructiveness.

One of her Italian rogues, Monaldeschi, had been double-crossing her. In the palace of Fontainebleau, where she was a guest of the King, he was condemned and inexpertly hacked to death by two of her men.  Christina defiantly justified her right to sentence one of her subjects, but she had sacrificed all claims to sympathy.   Ostracised by the French court, denounced as a barbarian by the Pope, it was a long climb back to acceptance by the society she felt she had a right to be part of.   That she survived at all was thanks to Cardinal Azzolino, the great love of her life, (though according to Buckley probably platonic) who took her household in hand and rehabilitated her.

Her life is a cautionary tale – a gifted mind overlaid by deviousness and self-deception that time and again would undo her.   In her later years, she achieved some equilibrium, cultivating the gardens of the palazzo Azzolino had found for her and re-establishing a cultural salon that included the musicians Scarlatti and Corelli.   But her impulse for drama disrupted her life at the end.  She had allowed a priest who was a known rapist to continue living in her house.   He repaid her indulgence by assaulting a beautiful young singer whom Christina had taken under her wing.  Christina’s fury at the seducer led to a relapse in the illness from which she was recovering.  She died in the spring of 1689, aged 63.  The funeral was attended by the whole College of Cardinals, and her body interred in St Peter’s Basilica.

The words of the Farnese major domo must have echoed down the corridors of the Vatican – “I can hardly believe she’s gone.”